shopping cart
you are reading FIVE in the most famous German TV start-up show: The days after
Split
previousnearest 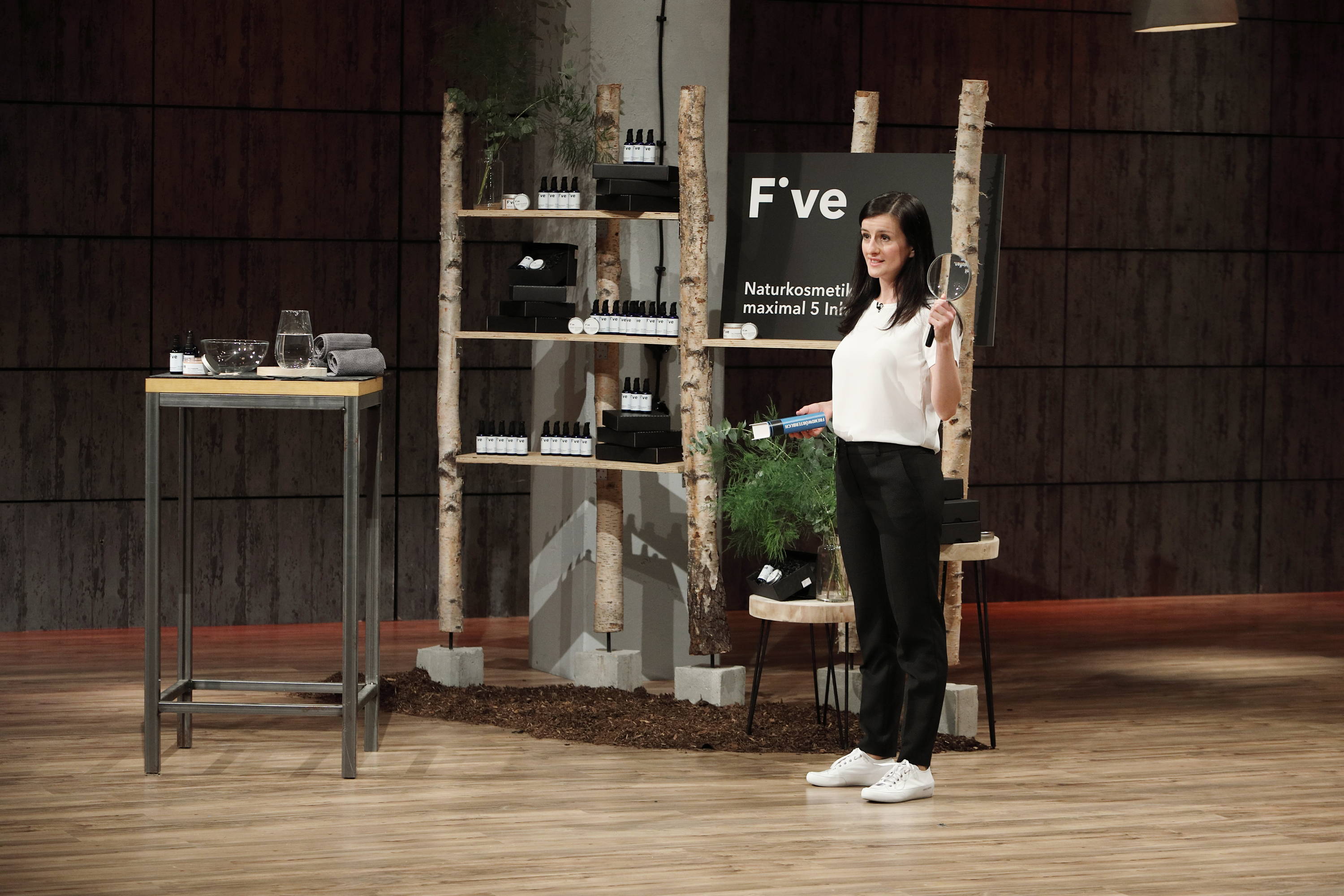 Part 4: The days after

In the VOX start-up show Die Höhle der Löwen I was able to get Judith Williams excited about Five Skincare. Yay! She wanted to invest. Immediately after the photo was taken, we exchanged mobile phone numbers and we started negotiations the very next day. There were several meetings and we got along very well...

Judith Williams and Five Skincare – Deal or no Deal?

Unfortunately, Judith and I couldn't agree on a joint strategy and so the deal on the show didn't turn into an investment after all.

So FIVE is still self-financed for the time being. However, so that we can make even more skin care purists happy in the future, this will change in the foreseeable future.

Nevertheless, a lot has happened in the six months between the day of shooting and the day of the broadcast. Because we have made a massive effort to further develop FIVE and set the course for growth.

I had been looking for a suitable production partner for a long time. Making natural cosmetics with only five ingredients also means a rethink for most manufacturers. Many of the raw materials they otherwise use are out of the question, alternatives must be found. I finally found what I was looking for in Bavaria: a manufacturer who put as much heart blood and passion into the development of FIVE as we did and who helped us actively supports the philosophy of using only 5 ingredients.

We now produce in Germany, which also simplifies the logistics. After all, the majority of our customers live there. However, we supply our customers in Switzerland directly from our logistics center in Switzerland, because we don't want you to have to deal with customs formalities.

Update March 2019: A Swiss manufacturer has joined our producers in Germany.

Vegan cosmetics are a very big topic for me, as well as for many customers. That's why I registered all Five products with the Vegan Society. For example, if you now go to the online shop, you will also find the vegan seal under the product description. It is of course also on the packaging. So you can be 100% sure that your new care product does not contain any animal products. By the way: Because so many of you ask me about it: The vegan registration also excludes animal testing. And animal testing has also been banned in the EU since 2013 under the Cosmetics Regulation. In our FAQ I have described in detail how animal testing works.

Shop Five in Germany and Austria too

I no longer wanted to only deliver to Switzerland, but also to Germany and Austria. To do this, the online shop had to be cloned and a lot had to be adjusted - different currency, different delivery conditions, etc. It doesn't sound that wild, but it's quite a lot of work.

Since August the time has come: You can conveniently shop Five in Switzerland, Germany and Austria.

I also wanted to outsource the logistics - so out of my living room. Yes, up until then I had packed all the packages myself and taken them to the post office. And yes, it worked. But that should change with the broadcast at the latest.We could continue to hope for that because not all recorded pitches make it onto the show and there is about half a year between shooting and the start of the season. The fact that Five would actually be on television was only known two weeks in advance.

The charisma does it

On September 19th, fifteen of us sat in front of a projector and screen and waited for things to come. Since it was known that Five would be aired, there had already been a number of interviews and a lot more to do. And that evening everyone was excited about the response and the show itself – I had never seen my pitch on video before. But then it wasn't bad at all to watch me on TV. And even though the 45 minute shoot was cut down to a third, the edit pretty much captured it as I remembered it.

A look at the web statistics that evening showed that things were really busy there. The next morning the result was overwhelming:

Maybe you were in the online shop recently and the product you wanted was sold out. With the Shea Cream, the time had come just 24 hours after the show. We are very happy about the great demand, but of course you shouldn't have to wait too long for your product. That's why we're doing our utmost to have all products available for you again as soon as possible. You can register directly on the respective product page by clicking on the "E-mail notification for the start of pre-sale" button. We'll write to you as soon as the presale starts.

Keep in touch with what's happening at FIVE

That's it for my review of The Lion's Den. Of course we will continue to keep you up to date here on the blog. Follow Five Skincare on Facebook and you'll always be notified when a new post goes online.

Finally, a BIG thank you for making the brilliant start of FIVE possible.

Of big and small dramas. Why we need 8 weeks to produce the Shea Cream.

FIVE in the most famous German TV start-up show: Showtime